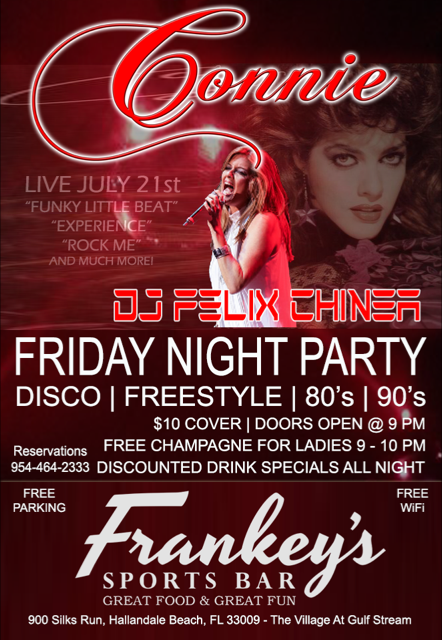 Funky Little Beat, regarded as one of the defining songs of the freestyle era, still holds its own today. While Connie’s other popular hit – ROCK ME – reaches a new younger audience as the soundtrack to the NIKE commercial filmed at the Berrics.

The South Florida native’s smash hit “Funky Little Beat” is regarded as one of the most important Latin freestyle singles of its time. Connie set the stage for many up and coming artists to follow her footsteps in the freestyle music genre that originated in South Florida in the 80’s.